Get a copy of my first novel:  The French Blue kindle free.

Taking On The Slumlord--Organizing 101: A Short Story by Richard W. Wise

Taking On The Slumlord: Organizing 101 - a Docufiction

Moesha's apartment building was located on Boston's Boylston Street, just on the fringe of Jamaica Plain but still within the borders of Flynt's Project.  It was large, a nineteenth-century brick townhouse that had been broken up into rental units.  The outside looked ok, but the inside was another story.  The door lock was broken and the big entrance door yawned open into a dark hallway—unlit and dank, reeking with the sharp odor of urine.

The entrance hall had been wallpapered, but whole strips had sloughed off the walls—like a snake shedding its skin—leaving exposed plaster and visible lath. Slum housing was nothing new to Flynt. He had grown up in the projects and as the sole black man training as a block organizer in South Providence in the early seventies, he had seen a whole lot worse. Read On

Redlined: A Novel of Boston: 5 Star Review from Goodreads

"I was worried what this book would be like. It was written… differently. (Not bad). I found the written language and terminology to be different than the norm." I found it slightly difficult to read because of this and found myself re-reading parts to ensure I understood it, but the storyline itself is what grabbed me from the start and did not let go.

Initially, I really was wondering where this book would lead. I was worried it was going to be political and educational and boring, but then I found myself engrossed in the story, turning pages, trying to read faster (which did not work!) and did not want to put the book down! I had to read more; I had to know who and what!

In addition to the engrossing story; I was educated. I bonus, in my opinion. Who doesn't like to read a good suspense read while learning something new at the same time!?

Redlined is the first book I have read by Richard Wise, and I hope he writes more suspense and thrill because this was an excellent read. I highly recommend picking up Redlined and giving it a read!"

SOCIAL POLICY REVIEW OF REDLINED: A Novel of Boston. by Lee Staples

"Richard Wise's novel draws on an actual grassroots community organizing effort to fight redlining and disinvestment in a Boston neighborhood during the 1970's. Set in Jamaica Plain (JP), Redlining creatively combines historical fact with literary fiction, mixing a number of actual events and real people with fictitious characters and imaginary episodes. Wise certainly knows that history especially well, since he played a key role in shaping it. Hired by a federation of neighborhood churches in 1974, he organized an array of block clubs, which he subsequently brought together to form a powerful coalition. The Jamaica Plain Mortgage Committee launched an impressive campaign to defend the area, not only from redlining, but also from high-end development plans that would have displaced most low-income and working-class residents" Click to read more.

In her new book, After Redlining, The Urban Reinvestment Movement in the Era of Deregulation, Author Rebecca K. Marchiel, tells how a Alinsky style community organization discovered the economic underpinnings of urban disinvestment and developed a series of political strategies to successfully combat the forces that create urban slums. This is where the story begins, with The Organization for a Better Austin (OBA).

OBA's initial steps and mis-steps, eventually leading to effective solutions reveal a process whereby a group of neighborhood leaders, aided by professional community organizers, identified a process that had destroyed urban neighborhoods all over the country and revealed solutions that had stumped professional planners and urbanologists for decades.

Led by an Austin homemaker, Gale Cincotta and an Alinsky trained organizer named Shel Trapp, the peoples' organization expanded first to other Chicago neighborhoods. After determining that the solution required national legislation, organized a coalition of urban neighborhood groups called National People's Action (NPA) and pushed two pieces of legislation through Congress against the opposition of the Savings & Loan industry.

Meticulously researched and well written, Dr. Marachiel has told a story which badly needed telling. It is a story of ordinary people analyzing a problem, developing solutions, taking control of their shared destiny and making significant social change. For decades, experts viewing urban decay saw only what was in front of them; minorities, welfare recipients, municipal neglect, slumlords, blockbusters. They failed to detect the underlying economic conditions that permitted some of these actors to thrive. It shows the extraordinary things that ordinary people can do. I was one of the community organizers, working in Boston, who had a ringside view of this struggle. I highly recommend After Redlining. 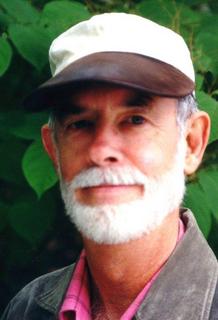 Vietnam combat veteran Jedediah Flynt is a young man pursued by his own demons. Like many who grew up in the generation that straddled the late 1950s and the 1960s, Flynt watched as his early expectations were upended in the cultural conflagration that swept America through the early 1970s.

The major Boston banks have redlined the neighborhood, and the housing market has crashed. Perfectly good homes are abandoned and unsaleable due to a lack of financing. Then those properties are being systematically torched. Why? When the charred body of Sandy Morgan, one of his neighborhood organizers, is found in the ashes of one of the torched buildings, Flynt swears to find those responsible and avenge her death.

The key to the arson appears to be the fate of the Southwest Corridor, the six-lane demolished remains of an abandoned section of I-95, which has become a lawless no man's land, cancer eating away at the guts of the neighborhood. With the help of the lovely Alex Jordan, Flynt's idealistic, Harvard-educated researcher, the mystery slowly unravels. Alex discovers that the burned properties are being bought on the cheap by a mysterious corporate entity.

As they dig deeper, Flynt and Alex find themselves in grave danger. After Flynt stops another attempted arson, he reaches out to an old friend, and the action accelerates. Will Flynt, Alex, and a group of local citizens be able to stop the redlining and identify and outwit the mysterious forces trying to destroy an urban neighborhood for their own gain? Buckle up and hold tight as the novel races toward a surprising, bone-rattling conclusion.